Searching for the Right Plumber in Collingwood

It’s always best to hire a professional plumber in Collingwood to get things done. You may not know it, but a plumbing system at home or in a commercial establishment is actually complex and it takes a highly qualified plumber to fully understand it.

Some plumbing issues that require you to reach out to a Collingwood plumber are the following:

You can easily find your local plumber in Collingwood here at Power Plumbing Plus. We are trusted Master Plumbers, experienced in the plumbing industry in over 25 years. From water, to gas, to even sewage problems, we have your pipes covered.

How to Deal with Blocked Drains in Collingwood

Probably one of the most common plumbing issues out there, blocked drains typically happen due to accumulated foreign substances like bits of food, clumps of hair, grease build-up and other objects that pass through your pipes. Not only is it inconvenient, but it’s also very nasty, as blocked drains become home to bacteria and create a strong, foul odour.

While there are heaps of so called home remedies to solve your blocked drainage – such as boiling water, plungers and chemical cleaners – they can only do so much to completely clean your drainage and are usually just a band aid solution. Should you need further assistance, it’s best to call your Collingwood blocked drain plumber to assist you.

Leaking at the base of your toilet occurs due to certain factors such as loose components, a broken toilet seal, a damaged toilet bowl, issues with the fill valve, or corroding pipes. Determining the exact cause of the toilet leak isn’t easy, and should you try to fix the leak on your own, it can only lead to bigger problems and bigger spendings.

It goes the same for taps – there are several causes as to why it would leak, and the steps to repairing a leaking tap on your own may only confuse you and give you a harder time.

At Power Plumbing Plus, we highly suggest our team of dedicated plumbers to perform the repairs for your leaky taps, toilets and burst pipes. We are more than ready to answer any questions and perform any tasks quickly and efficiently. 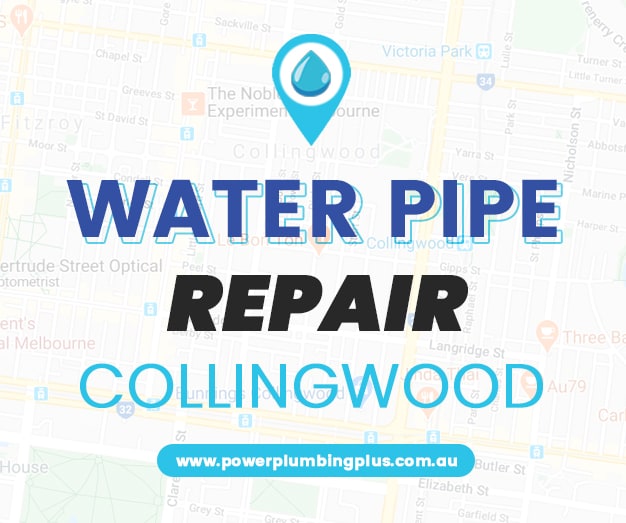 Burst water pipes are a lot to deal with, and this problem can happen because of excessive pressure. When left unattended, the leaking water can flood your home, slowly break down your walls and flooring, and create a breeding ground for molds and other bacteria.

There is no need to panic, though. The first thing you should do in the event of a burst water pipe is to turn off your water supply. This will help drastically reduce the amount of water leaking out. If the water is leaking near an electrical source, it’s advisable to turn off your electrical supply as well. Call your local Collingwood plumber afterwards to fix your water pipes for you. At Power Plumbing Plus, our pipe leak repair specialists are ready to fix your burst water pipes and make sure it won’t happen again.

Plumbing emergencies can happen at any time of the day. Our team of Master Plumbers here at Power Plumbing Plus are available 24/7, all days of the year, to provide emergency plumbing services for homes and establishments. There is no need to spend too much time searching for a plumber in the middle of the night. We are around the clock, and you can rest assured we will arrive on time and solve any plumbing emergency as quickly as possible. 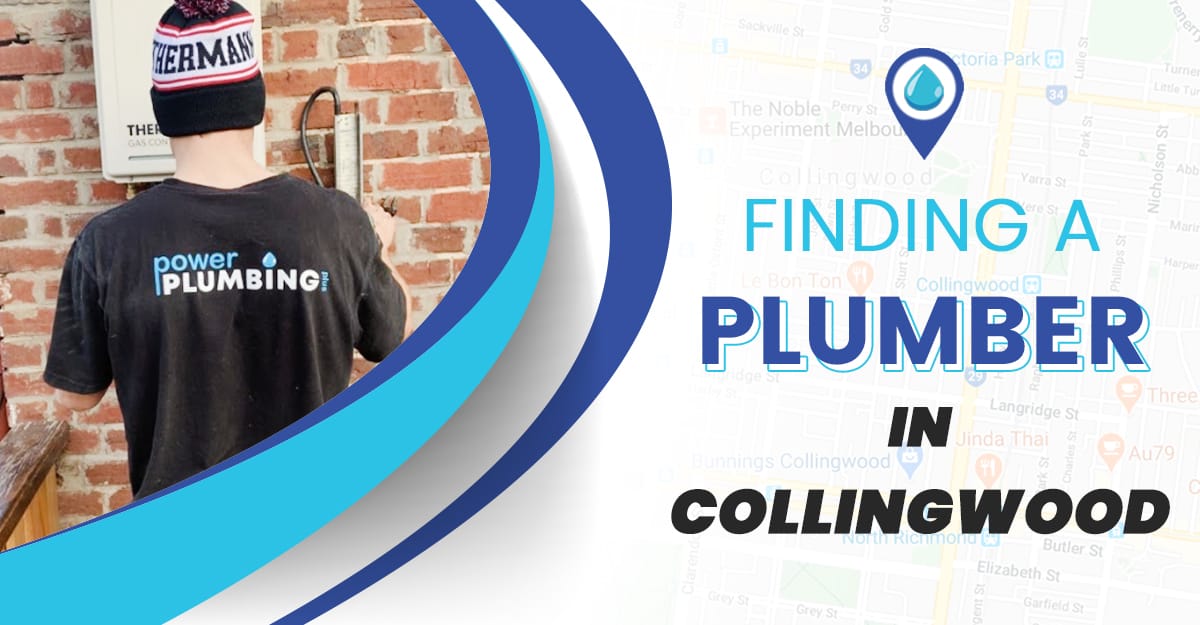 Gas is a very dangerous element to handle and you should never attempt any repairs on your own. Without any expertise in this area, you may end up causing quite a lot of damage and endanger lives. In gas fitting, it is crucial that you hire an expert gas fitter in Collingwood to do the job for you. An expert gas fitter is responsible for repairing gas lines, installing gas appliances, running gas for furnaces and other systems, and other gas-related issues.

Power Plumbing Plus understands that gas fitting is no ordinary job and should never be taken for granted. Our professional gas fitters perfectly repair and install any gas fitting issues, while practicing utmost safety measures.

It is fairly common that households experience water line problems in one way or another. Holes and cracks may appear in your water line, usually as a result of external corrosion from soil or other problems. A break in the main water line will cause water to flow out of the pipe and into the streets, your front lawn, or damage your home. When left untreated, it can cause extensive damage to your home’s structure.

In these cases, a professional plumber is your best friend who’s ready to remedy the issue. Power Plumbing Plus does not advise you to repair the water line on your own, as it may only let you spend more money than you should. Speak to any of our professional Master Plumbers in Collingwood to get your water line renewed.

With any water and gas issues in any home and property, Power Plumbing Plus is more than ready to assist you. We are your licensed Master Plumbers, servicing to all your needs for over 25 years. We are dedicated to service any part of Collingwood, and are more than equipped to handle any plumbing emergency 24/7. Call us on 0459 288 112 now.

Get an online plumbing

Our friendly team of Melbourne plumbers are ready to assist you with an estimate for your water, sewer, heating, gas, or emergency job.

Copyright 2021 Power Plumbing Plus. All Rights Reserved.
Minimising the risk of COVID-19 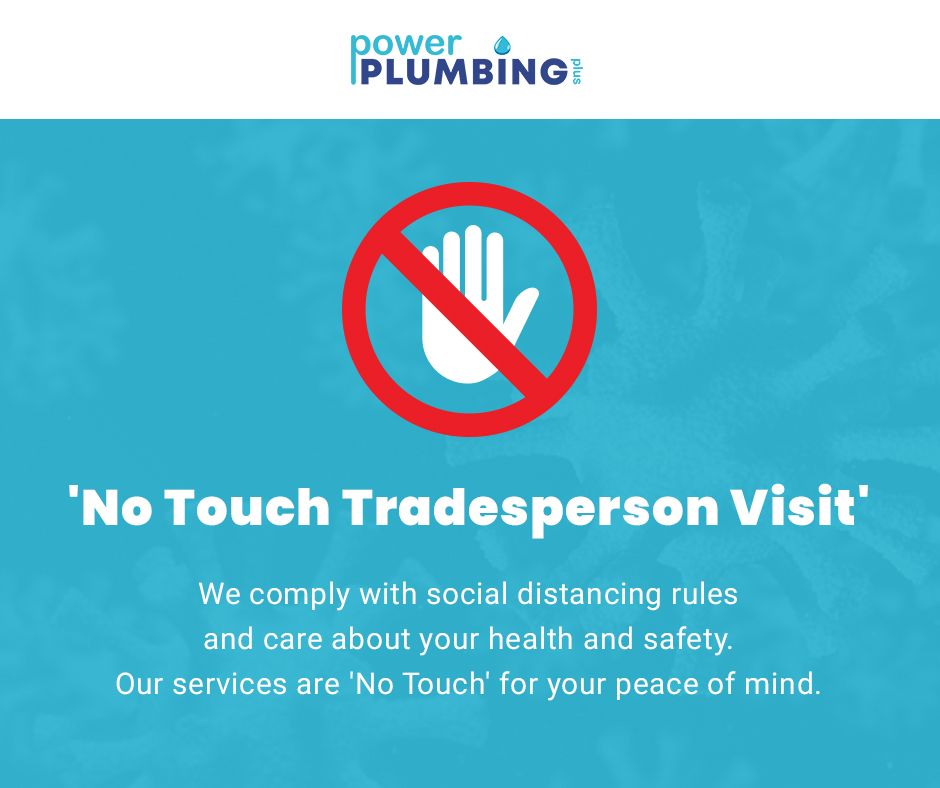 Our priority is the safety of our customers and staff. We are operating under the guidelines from the World Health Organisation. We are taking appropriate action as new information comes to light. Please contact us if you have any questions.